Everyone Needs a Hobby 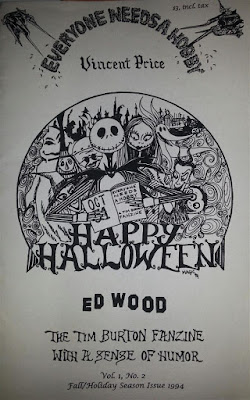 In 1994, I placed the following ad looking for pen pals in a Tim Burton fanzine called, Everyone Needs a Hobby: 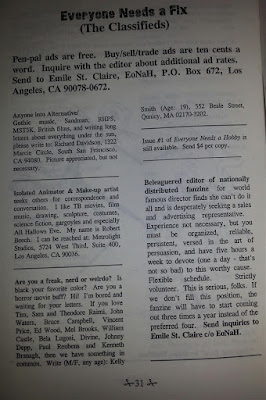 I received a small handful of responses from folks all over the world but one letter stood out. It was from a David Kilmer in Los Angeles, California. We wrote back and forth over the months (our letters are collected and living together in two his and her boxes in our hall closet.) These letters led to exchanges of books, mix tapes, video tapes (I showed him around my home and he sent me the films he had made as well as copies of his favorite films) and eventually, very long phone calls (my Dad was still talking about the phone bills years later.)

In September 1995 we both realized that we had fallen in love. I turned 21 the next month and begged my parents to let me go to Los Angeles for Christmas. A ticket was bought (and the joke was that my Dad probably did a background check on David before this even happened.)

Christmas 1995 seems like yesterday. I hugged and kissed my parents at Logan Airport and stepped onto the plane. When I landed in Los Angeles, David told me later that it seemed like I was the last one off of the plane but what I remember is walking off the plane, not having a chance to see anyone but being bear hugged by David. I remember the walk to collect my baggage, how nervous we both were, the teddy bear waiting for me in the back seat, the drive to his little place on Portland Street in Los Angeles. We spent several hours exchanging Christmas presents and each other's journals.

That night we drove to Santa Monica. As I got out of the car, David asked if I wanted him to hold my hand. I said yes and he didn't let go. We walked the deserted Third Street promenade and wound up on the pier. We were the only ones there except for the fishermen who serenaded us. Eight hours after arriving in Los Angeles, he proposed.

A week later, we were married at Ports O' Call Chapel in San Pedro. That was twenty years ago tonight. My world changed with a little ad placed in a long defunct but still very much loved and missed fanzine to which I will forever be grateful. Happy 20th Anniversary, David. Je T'aime. 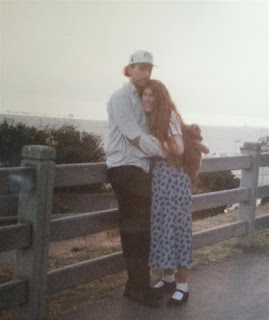 The Shop Around the Corner is a film that David sent me back in 1995 and has been a favorite ever since. Perfect for this time of the year.

The Apartment, another Holiday favorite and one that we have watched on New Years Eve over the years.

Delaney said…
What a beautiful story - happy anniversary!!
5:27 AM

Roseann Cazares said…
Congratulations, my dear friend on your twenty year milestone! May you continue to be blessed with many more happy and healthy years together. Lots of love to you and your family.
12:24 PM

crimsoncat05 said…
what a lovely story; happy anniversary to you both, and here's to 20 more wonderful years together...
3:08 PM

Jenny Petricek said…
I love vintage films, and "Shop Around the Corner" is one of my favorites, as well as a similar one about pen pals who fall in love called "In the Good Old Summertime," starring Van Johnson and Judy Garland.

What a beautiful, serendipitous love story you and your husband share! Happiest of anniversaries to you both!

Anonymous said…
Happy Anniversary. What a lovely story.
My OH and I met on Yahoo, I was finding my way around and he answered my call for help over something I can't remember as it was my first day on the internet. We talked on-line for a while, then phone calls. He sent me some photos and a tape he did of some of his favourite music. Then drove for two hours to deliver a bottle of my favourite wine, chocolates and flowers to my house before I got in from work, then drove home again. We finally met about four months later. He picked me up and we went to lunch. We both said we knew from the moment I opened the door and we hugged we were going to be together forever. Here we are 17 years later, we are still together and we have two beautiful kids.
Thank you for sharing your story.
xxx
12:29 PM

hermione53 said…
This is a wonderful story. Thanks for sharing and happy anniversary!
1:27 PM 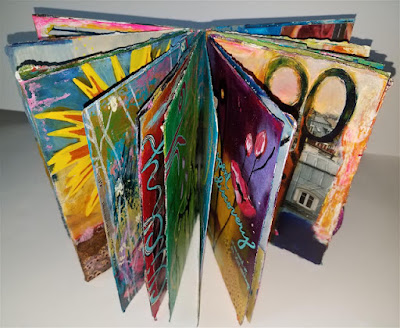 My Essential Supplies and Where to Find Them

She pins! She pins!

This is a Flickr badge showing items in a set called mixed media postcards. Make your own badge here.